Israel’s Prime Minister did not mince words in his rousing speech at AIPAC.

“Darkness is descending on our region. Iran is building an aggressive empire: Iran, Iraq, Syria, Lebanon, Gaza, Yemen, more to come”, he said, noting also that Iran has been moving its military forces into Syria in order to attack Israel far more directly. He further added that Iran is seeking to build missile factories in Syria.

The threat to Israel has been ramping up, and so too has the rhetoric used by Netanyahu in recent weeks toward Iran.

This speech comes on the heels of his visit with President Trump and the talks they had regarding Iran and its increasingly aggressive actions throughout the region. Netanyahu criticized the nuclear deal former President Obama championed in 2015, calling it ” A threat to the survival of Israel, the security of the region, the peace of the world.”

In a moment of softer tone, the Prime Minister voiced his acknowledgement of and support for the Iranian people in their recent round of protests and demonstrations, saying ” We should always remember the brave people of Iran: their suffering, their hopes, their courage. Women are jailed for removing their hijabs. Students are tortured and shot for advocating freedom. We stand with those in Iran who stand for freedom.”

He applauded President Trump’s stated stance on Iran, and intention to walk away from the current nuclear deal with Iran and impose new sanctions if “fatal flaws” in the pact are not fixed, and reiterated his appreciation of America’s formal recognition of Jerusalem as Israel’s capital, with the relocation of the American embassy from Tel Aviv to Jerusalem slated for July 4th, 2018.

With stronger support from the United States than Israel has seen in years and the downward spiral of Iran’s economy, coupled with their increasingly-hostile actions in Syria and toward Israel, it is clear that Netanyahu sees an opportunity presented and is eager to act upon it after decades of constant tensions between the two nations.

He avoided any specifics on just when or how Israel would take action on Iran, but the message was strong, and it is all but certain that Israel intends to do so with the backing of the United States, and “other countries” he did not name.

The speech raised perhaps more questions than it answered, for instance what new sanctions the United States would impose on Iran given their utter failure to respond to the ones currently in place, and what, if any punitive action could be taken against Iran that would satisfy the concerns over Israel’s security.

The overall tone of the speech suggested that Israel’s hopes for an elimination of the Iran threat did not lie in sanctions, but in direct action and intervention.

Netanyahu made similar remarks during President Obama’s second term, and was visibly frustrated by what he viewed as a nuclear deal designed less to make an impact on Iran’s uranium enrichment and more to seal Obama’s foreign policy legacy as his time in office drew to a close.

Israel’s Prime Minster is set to hold meetings with several members of Congress and the Senate following his speech at AIPAC. 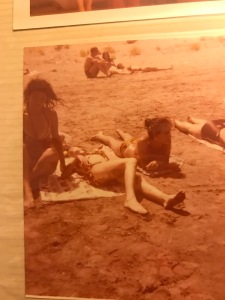